Realising that just because i'm a mum, i'm still me

It's funny how "inspiration" works.

I've been really struggling recently, with so much, unable to work out what was wrong or how to pull myself out of the funk that I've found myself in for months, well, years. 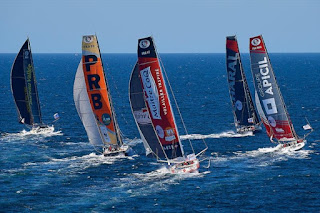 Last night I watched coverage of the @VendeeGlobeENG a round the world sailing race which is currently underway.  I watched these intrepid sailors, taking on this enormous challenge, in their huge boats out in the storms, and racing across the ocean. I saw their emotions - the pride, the excitement, the reality of failure, the exuberance of achieving success against the odds.

It made me feel really emotional - not on the same scale of course, but I remembered that I used to set myself seemingly ridiculous goals that I could never have thought possible, and then just worked out how to achieve them. I used to have those sort of emotions about things I was doing.

I am not made for sitting on the sofa being miserable, feeling sorry for myself, binge eating on biscuits I don't even like, and lamenting days past, before children changed my priorities. Just because I'm a busy mum, I still need a big challenge in my life to keep me moving forward, to keep me happy.

I first started running in 2007 when I was 25, coming from no exercise at all - my only hobbies were drinking and clubbing. I had a goal of a marathon. It was a big goal for me, a really big goal! I achieved it the following year in 2008, but then I realised I needed to try and do it again, only better. And then again, and again.

I got my marathon PB in 2012, and then started running ultras, with my first 50 miler as a celebration for my 30th birthday. I thought about the 10in10, completed it in 2013, then a 100 miler, done in 2014, then GUCR in 2015. I was all ready to run Viking Way in 2016 but that didn't happen because I fell pregnant. Then I pretty much stopped running, and although I've kept things ticking over with a few races over the last few years, falling pregnant again in 2018 meant that I never got back to fitness. However, I then met my longest held goal in August 2019, full membership of the 100 Marathon Club - getting that coveted shirt! DONE!

But then what? I just set myself some "repeat" goals - GUCR again, more marathons, more ultras, get back to being fit, get back to my PB, get back, get back, get back. Everything over the last 4 years has been about trying to relive my past, rediscover the "me" before children. All the while, not really running, binge eating, feeling miserable and depressed.

Now, I know I can't spend three months sailing round the world - I suffer from terrible sea sickness and I have three small children who need me - but once upon a time I did seriously think about taking part in a Pacific ocean row in a boat of four! I used to really believe I could do anything. I think the reason I've been so very miserable is because I totally forgot who I am (not who I was...but who I still am).

I need a goal, and bigger than just keeping mind, body and soul together at home and at work. Looking after my kids, working full time etc...it's exhausting and time consuming, and really hard, but that doesn't mean I should limit myself to that being it. I think that believing this is all there is now, is what is making me miserable.

So, a new goal? What could I set my sights on? I have to be realistic - for instance, maybe an Ironman would fit the bill perfectly, but I don't think I have enough time available to train across three sports

I don't know, but it's got to be something different to scare me, to excite me, to make me wonder if I can really achieve it, and to really feel that I'm heading for something special. I'm 40 in 2022 - maybe I should do something to celebrate. So what am I going to aim for?

I feel so much better for finally coming to this conclusion. I am still the person that I was before children. It sounds so obvious, but for me it's a bit of a revelation. I can still achieve new things, I just need to be a bit more organised and dedicated to fitting everything in.

Now comes the time for some serious event searching - if I'm going to be the best mum I can be for the children, I also need to make sure I can be me. 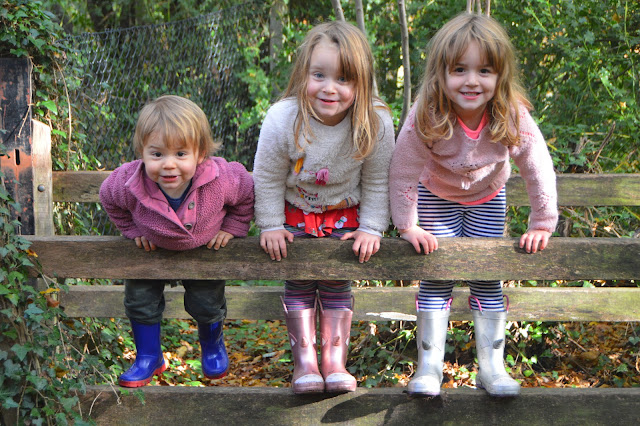