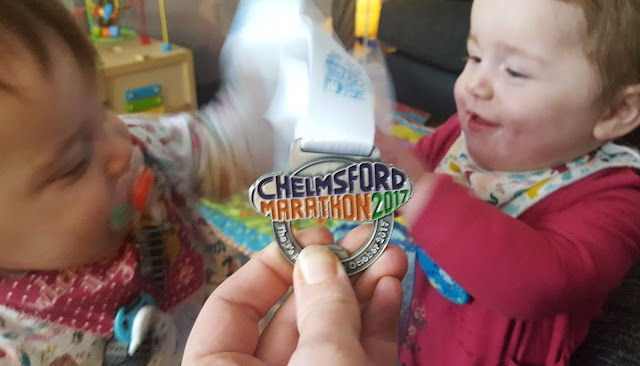 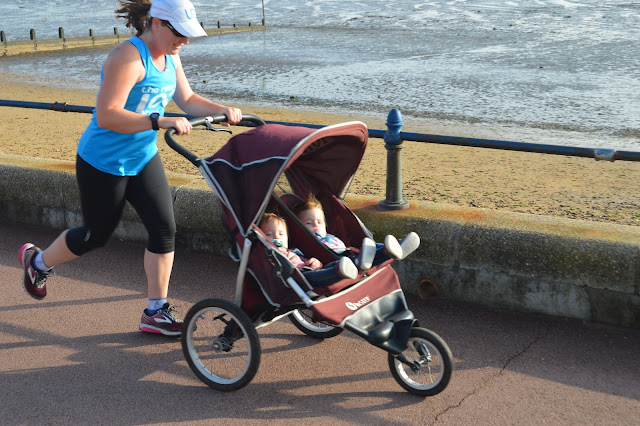 Well I did it. Marathon number 93 at Friday's Darnley Challenge in Kent.

Although I was close to giving up at 18 miles, and it was my slowest ever marathon, at least I managed to finish despite it being incredibly hard work.

It was a beautiful course, and I did love being out on the trails, but it's just so demoralising when it feels so tough. I will get fitter though, and I know marathons will become truly enjoyable again for me - I just need to try and find the time to put some work in and do some training. Sadly that's easier said than done sometimes.

Luckily I had company for many of the miles as I ran with Foxy and Paul, even for a bonus mile or two as we went wrong, and it was lovely to catch up with friends I haven't seen for absolutely ages. It was a gorgeous day too - a bit too hot sometimes when out of the shade - but shouldn't complain. Race entries are definitely great birthday presents. 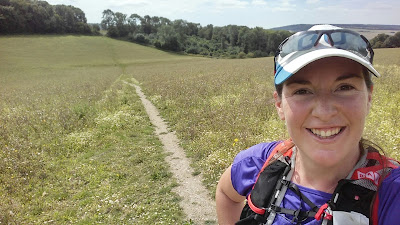 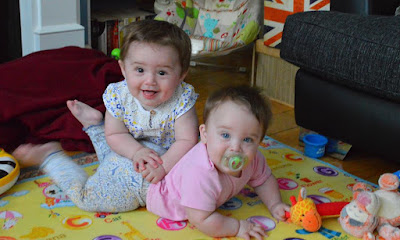 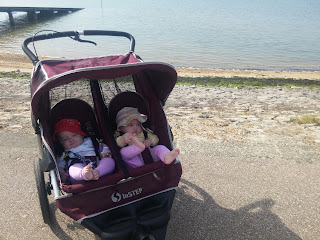 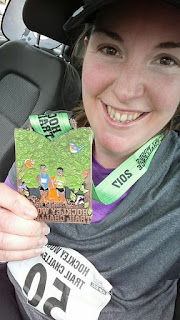 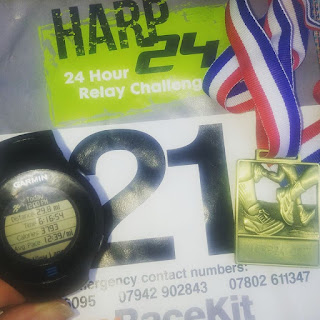 Why I'm running and not sleeping

I had a great run yesterday, albeit on road not trail - nearly 6 miles at a pace of 9:51min/mile. I'm still nowhere near the level of fitness I had before my pregnancy, but I'm very proud of the distance and the pace. I didn't let myself walk the hills (well, inclines!) and am so pleased with my progress, just 10 weeks after our wonderful Eleanor and Florence were born.

I posted about my efforts on Facebook, and a friend's reply got me thinking about why I'm doing it. I'm so busy with the twins - it's absolutely non-stop when I'm with them - and sleep is very limited. Why, on the odd occasion that I can snatch an hour or two for myself while Francis or my mum are looking after the girls, am I spending this precious time running, instead of, say, sleeping!

This is what I replied to my friend:

"Running's always been so important for my mental health but I absolutely couldn't have coped without it since having the twins. It reduces my stress levels, I get all those endorphins, has given me time out of the house away from the babies' constant demands, and it's allowed me to establish that I'm still "me" despite now also being a mum. Over the years, through my running I've also made friends and become part of a brilliant community - I needed to run again so I can really feel that I'm still part of it. Oh, and then there's my inherent love of running stupidly long distances out in the countryside and I need to get fit enough to be able to do that again! I couldn't let having the girls take all of that away from me".