Returning to running after having the twins 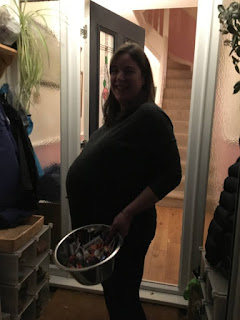 People say having children is life changing. It's a massive understatement.

I struggled through the later stages of my pregnancy (as I was so enormous, uncomfortable and unable to walk more than a few meters at a time) but on Thursday, 10th November, after 15 hours in labour, I gave birth to our twin daughters - Eleanor Katharine Tilley and Florence Elizabeth Tilley.

Thankfully I managed to avoid a cesarean section, and Ella and Ren (that's how we're shortening the names) avoided all but the briefest of treatment in Special Care. We came home from hospital two days later and they're now nearly 7 weeks old and are doing incredibly well.

Those 7 weeks have been a mixture of emotions, but it's fair to say it's been really tough at times, and although it's also been wonderful too, I don't think anything could have prepared me for the impact of becoming a parent. Nothing I read came close to exposing the reality of it. My mum stayed with us for the first 10 days which was the only reason I think i managed to retain my sanity at the beginning, and Francis has been brilliant and is such a natural! We've totally shared the work, we've slept in shifts, and have now got to a stage where I'm relatively confident looking after the twins. 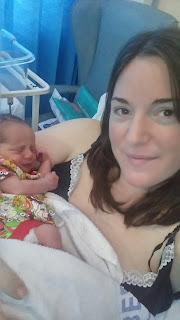 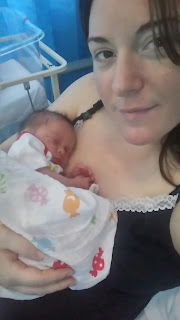 I've had one particularly bad day that will stay in my mind and prompted my earlier than planned return to running. Ella and Ren were five weeks old and suffering with colds. The idea that I was now a parent was still sinking in and I still felt that I had no idea what I was doing. On this particular day there were tears - a lot of tears - and I don't think any of them were from the babies. I was still finding it overwhelming and to be honest, scary, looking after the twins on my own all day with Francis at work. I found trying to deal with the needs of both of them at the same time too much, and was also struck by the feeling of "Is this it now? Is this my life?" Looking after newborn twins comprises of crying (all of you), feeding them (not yourself), brief cuddling, changing nappies, changing clothes (theirs, not yours even though you may be covered in milk), lots of laundry. It's constant and although you know it isn't true, it feels like that's all there will ever be.

The following day my mum came to visit and I took the opportunity to get out of the house and to take Chewie for a walk. On a bit of a whim I wore clothes I might be able to run in...although didn't mention it to my mum. On arriving in the field at the start of the route I was taking, I decided I needed to try. I knew it was too early (you're meant wait for the 6 week post-natal check up) but I had recovered quickly from the birth, my stitches were healed, and the stress I was feeling was just too much. It'd been eight months since I last ran, and I knew it wasn't going to be easy, but I needed to do it. And rather than thinking about it too much, I did.

My legs seemed to remember what to do. I remembered how to breathe. I didn't need to walk, and just carried on. Three miles later, I thought I should probably be sensible and stop. Absolutely elated, I walked back to the car.

It was brilliant! I certainly took it easy and I was very slow, averaging 11:57 along a pretty flat trail, but even so, I was surprised that I didn't find it as tough as I'd expected and seemed to have retained some level of fitness. I loved he sensation of being out there. I've been out for a few walks since 5 days after the birth, with the dog and the twins, gradually increasing the distance, and was happily walking for over an hour before the run, so didn't just do a 3 miler straight off the bat.

That first run was also a perfect reminder that just because I'm now a mum, there's no reason at all why I can't be a runner too. Possibly not an ultra runner for a while (as I doubt I'll be able to find the time to train) but I will definitely be able to get back to marathon fitness with the support that I have from Francis.

It also heralded a completely new, more relaxed approach to looking after the girls. I was no longer worried about having lost my identity, I felt less stressed and I'm not just trying to cope any more. I'm actually enjoying it now, although am aware that as Ella and Ren get older and their needs change and increase, there will be new challenges.

Yesterday, Boxing Day, I managed to get out for my second run. This time I did about 4 miles and it was so rewarding again! I'm just incredibly glad to be back.

I'm still an horrendous 26lbs heavier than I was before falling pregnant, and I'm conscious that it's going to take me ages to get back to proper fitness, but I'm just happy I can still run and that I've made a start. I'm confident that after the excesses of Christmas, and with regular runs in the New Year, I will start to drop the weight, and my fitness will improve.

The Hockley Woods Trail Challenge at the beginning of March. It's 5km laps, over 6 hours in my favourite local woods, and I can do as few laps as I like and still "count" as a finisher. Regardless of my fitness I wouldn't leave the twins for too long, but I'm hoping that I can do 15km. We shall see!