A race of two halves...and injury 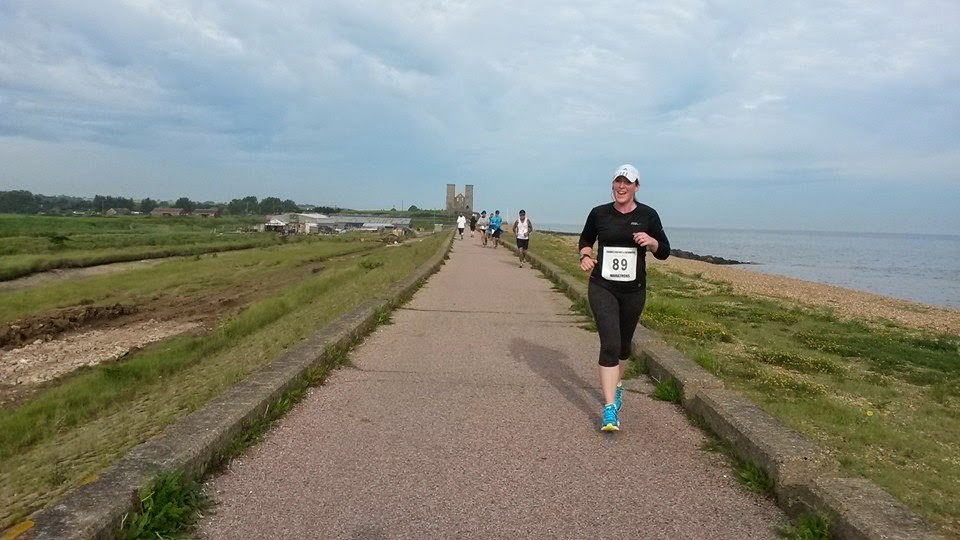 Despite my foot hurting a bit during the week after the Kent Roadrunner, I ran the Viking Coastal marathon on Saturday - a very low key, 4 times out and back race, put on by Traviss and Rachel in Birchington, which was particularly notable for the 7am start which meant I had to get up at the ungodly hour of 4:45am!!

Unfortunately, despite a really decent first half (got to the halfway point in 2hrs 2mins) I struggled to run in unexpected high temperatures (ironic after my comments about people looking after themselves in the heat last weekend), and then had to battle through the torrential rain and gale that followed, before the sun came out again - conditions were pretty ridiculous! As if the weather wasn't enough, my foot started to become increasingly painful. This got progressively worse, until I was barely running and, whereas at one point it'd looked like I might run about 4:10, it was becoming likely that it might end up being more like 5 hours with all the walking and stopping I was doing!

I got to the turnaround point on the last lap and found myself hanging off the gate, wondering if I had in fact broken my foot, and considering just how much damage I was doing by continuing to run. I was feeling incredibly sorry for myself! Luckily, like guardian angels, Heather, Rosemary and Emily were suddenly there with me, and decided to help me get to the finish.


We walked a bit, but somehow mostly ran. They chatted, which helped take my mind off the foot, and I just tried to focus on that. Occasionally a searing pain stopped me in my tracks and I had to take a brief rest, but generally we were able to keep going and I'm incredibly grateful that they stuck with me. To get to the end on my own would probably have taken me twice as long, I would have ended up being much more focussed on my foot, and so wouldn't have been able to ignore the pain; although to be honest I so rarely run with Heather, Emily or Rosemary, it was just great to share a few miles, regardless of the injury.


In the end, we crossed the line, I iced my foot, eventually remembered to stop the Garmin, and below is the result. You can really see what a race of two halves it was for me! But I got it done, and have another medal to add to the collection ;)


I went to the physio on Monday, as my foot had got increasingly painful and on Sunday was bruised and swollen. I've got a diagnosis - damage to ligaments in my foot. The physio has said no running for 4-6 weeks!! I'm still in that initial state of denial, and haven't cancelled any of my forthcoming races, assuming I know better and it will take a couple of weeks maximum, but I suppose we'll see how my recovery goes..... 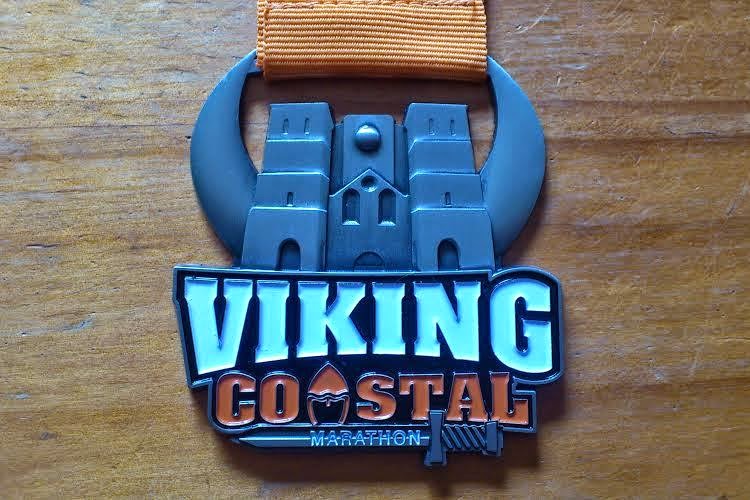