I get by with a little help from my friends

This tune was running through my head today....sometimes it's just all about sharing great experiences with friends, and helping each other out!

This morning I ran the Kent Roadrunner marathon...my first race, or run of any length, since the 100 miler, as well as the lovely Anna's 100th marathon celebration - it was a great day.

From the minute I arrived at the race HQ at Kent Cyclopark, I found myself surrounded by friends...some I've now known for years, some months, some I've known online and today finally met in person, and some I only met recently at TP100...but it was great to see them all - fantastic people who really make events like this rock and the running community so special.

The rest of the day passed in much the same way - so many friendly faces! The beauty of the brilliantly organised Roadrunner is that because it is 17 laps you have the opportunity to see runners and supporters time and again as you run round the course so lots of chances for both chats and quick hellos. Everyone was so supportive and I got lots of comments and congratulations about my 100 performance (I wore my race T-shirt which probably reminded people) which was lovely, but I was also able to congratulate Heather, Kaz and Paul on their awesome 10in10 performances, and Ellen on her truly inspirational completion of the GUCR!

I had expected to find it much more difficult that usual to run the distance, after effectively having a month off, but was pleasantly surprised that after the first 7 or so miles, when it did feel like hard work, my body seemed to remember what it was supposed to be doing, and pretty much just got on with it.

It was a hot and sunny day, and unfortunately my legs are now very sunburnt  - thank god I put suncream on my face! As a result, and all the sweating that was going on, hydration became a very important part of the day. Sadly, there were quite a few people who (maybe?) didn't pay enough attention to their electrolyte levels, and myself and a few others (notably Matt, Liz, Rosemary and Emily) spent time out on the course helping runners who seemed to be beaten by the heat.

My part came when a guy not far in front of me keeled over. By the time I got to him, I think Liz, Matt and another guy were already there and we realised he was suffering from horrendous cramp. He was in terrible pain, and we tried to help by stretching his legs out...you could see the muscles in both legs in calves and quads spasming and he couldn't stand. He was on his last lap with only a mile (if that) to go, so had been running very much faster than any of us, and we knew we had to stay with him until he could get moving again, finish and get his medal! After about 15 minutes, his mum and girlfriend appeared, and luckily they had some water and electrolyte sachets which we promptly instructed them to make up in strong concentration. About 5 minutes after the drink, he was able to get to his feet, was supported under either arm by his family, and was able to start walking towards the finish. Liz stayed with them until the end, but after making sure there wasn't anything else I could do, I ran on.

Stopping may have resulted in my finish time being 20 odd minutes slower (Garmin time in the end was 4:40) and Liz's must have been affected by twice as long, but that really is what I think the running community is about - I want the next runner to get to the finish and to be ok as much as I want it for myself and it's worth whatever time it needs to make that happen. I might not know every runner personally but we all treat each other as friends...

After the race was over, and I was presented with the largest medal I have ever seen, we all milled around until the most important part of the day - Anna's 100 Club medal and t-shirt presentation. There were cheers and tears, lots of clapping and cake - it was wonderful, and I'm really pleased that I could be there. Anna's worked incredibly hard to get to her 100, battling injury, and it was great to see how pleased she was to have made it, in an impressively short space of time.

I can't wait to see the photos from a brilliant day out! 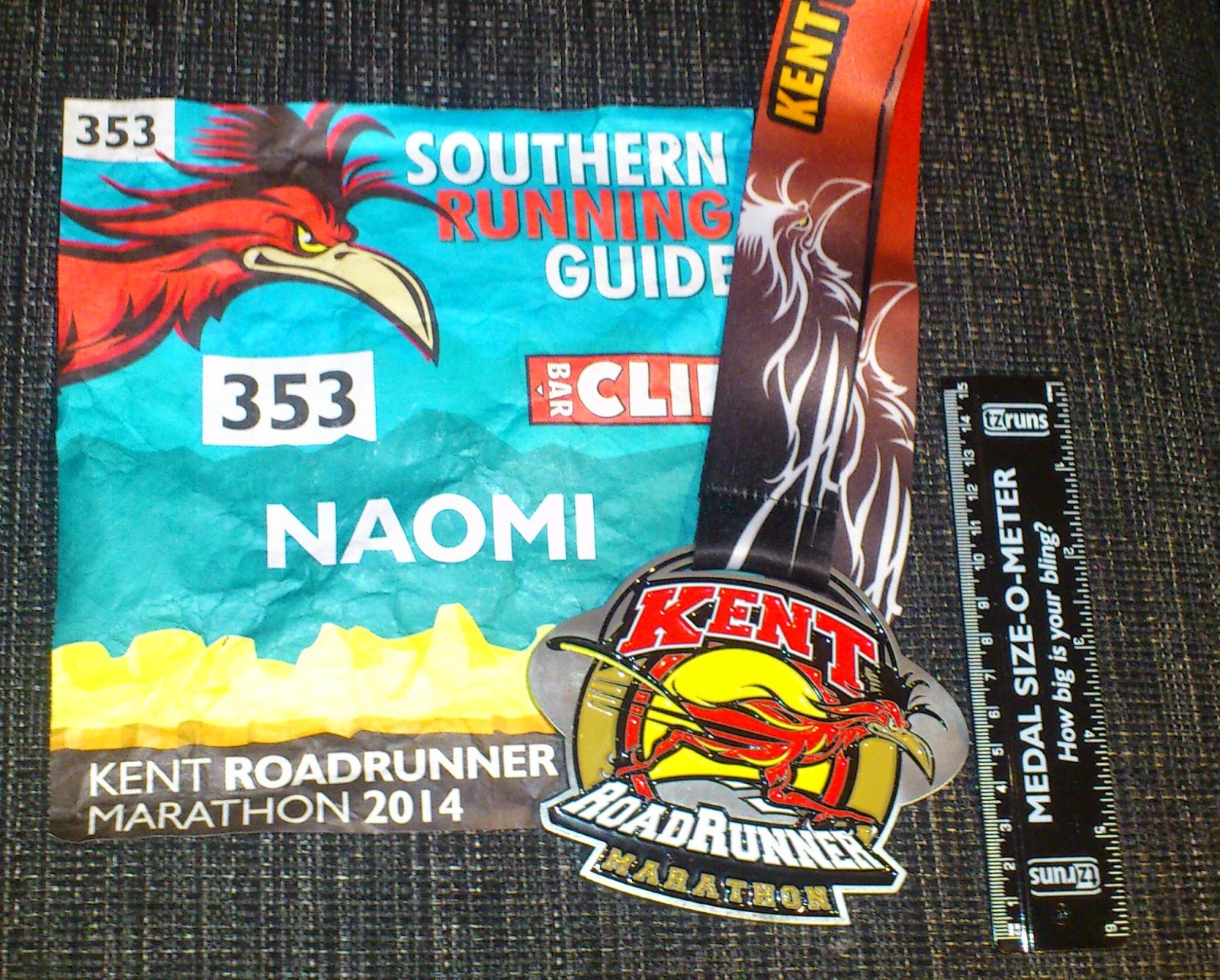