A day off work. I'm sat on the sofa, just had a pizza, feet up, Midsomer Murders on TV...the ultimate laziness. But I'm calling it recovery ;) I spent the weekend at an XNRG event, running 58 miles (which turned into just over 60 miles) along the Cotswold Way national trail over the two days and am nursing the blisters to prove it.

I was a little nervous going into this race. The previous weekend, I had a great run at the 16 laps Bells & Whistles Marathon in Dover - another non-stop effort which saw me running at sub 4hr pace - but that didn't give me any comfort. The Cotswold Way route is a totally different challenge - cross country, navigation (although that's minimal) and, the particular thing I was worried about, it's incredibly hilly. The route is 2,750m ascent over the total distance. To give some idea of scale Mount Snowdon is 1,085m high. However, as usual, I just decided not to think about it too much, and give it a go! 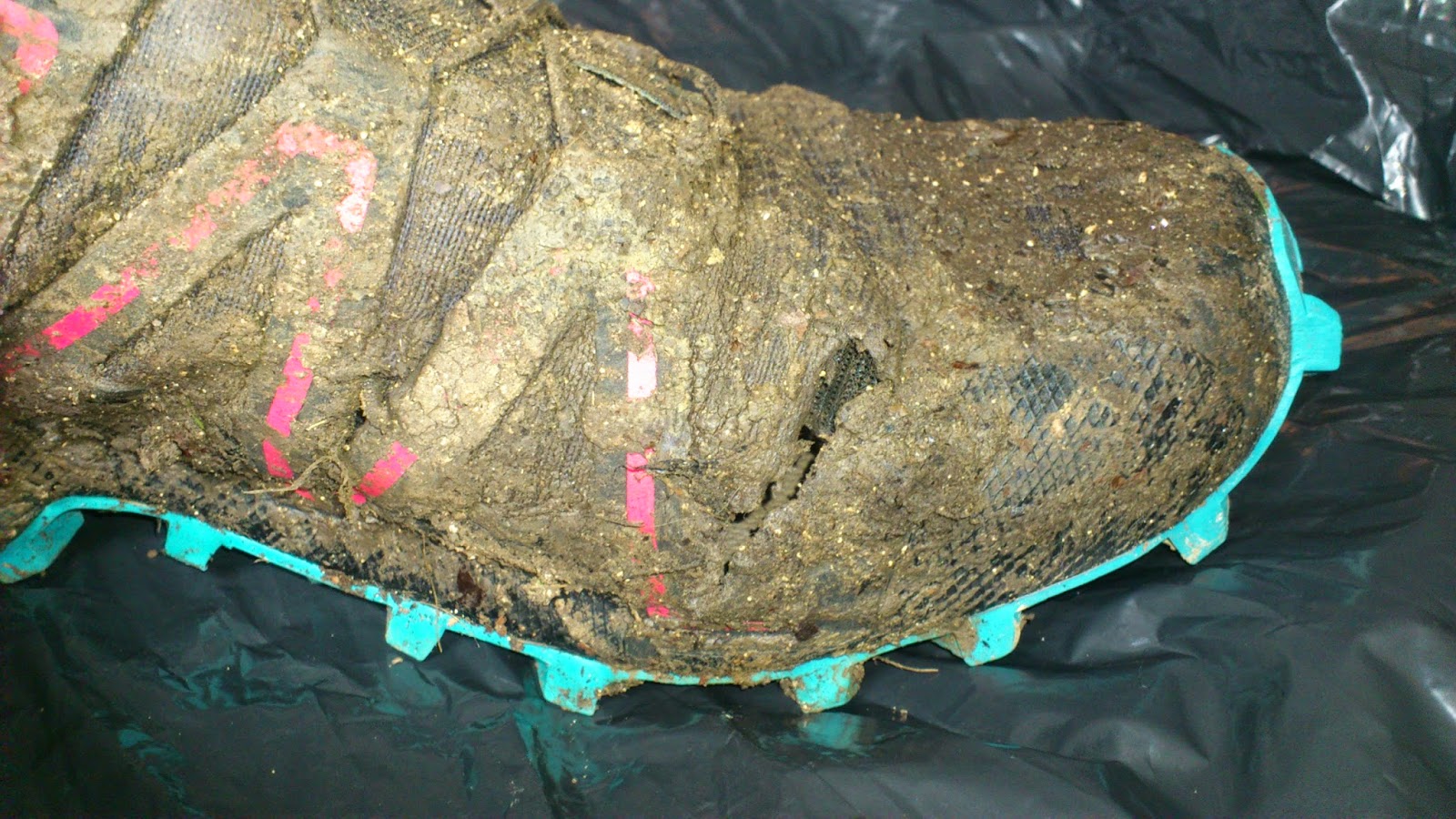 I packed my gear on the Friday night, and tested out my one piece of new kit I'd bought for the weekend, an inflatable mattress. The previous times I've done XNRG events, and slept in a school hall, the sleeping mat I took didn't offer me a great night's rest and I woke up absolutely shattered so decided this weekend would be more about comfort than roughing it ;) I should probably have bought some new shoes too, as I realised on the Saturday morning that my Salomons have three holes in them, all on the toe creases, one of which you might be able to see here in the photo, but by then it was obviously too late to worry!

Anyway, the mattress worked, and fitted in my rucksack, so I got myself packed up and ready for the early morning on Saturday - I needed to leave at 6:30am for the long drive to the start, which was in the little village of Chipping Campden. 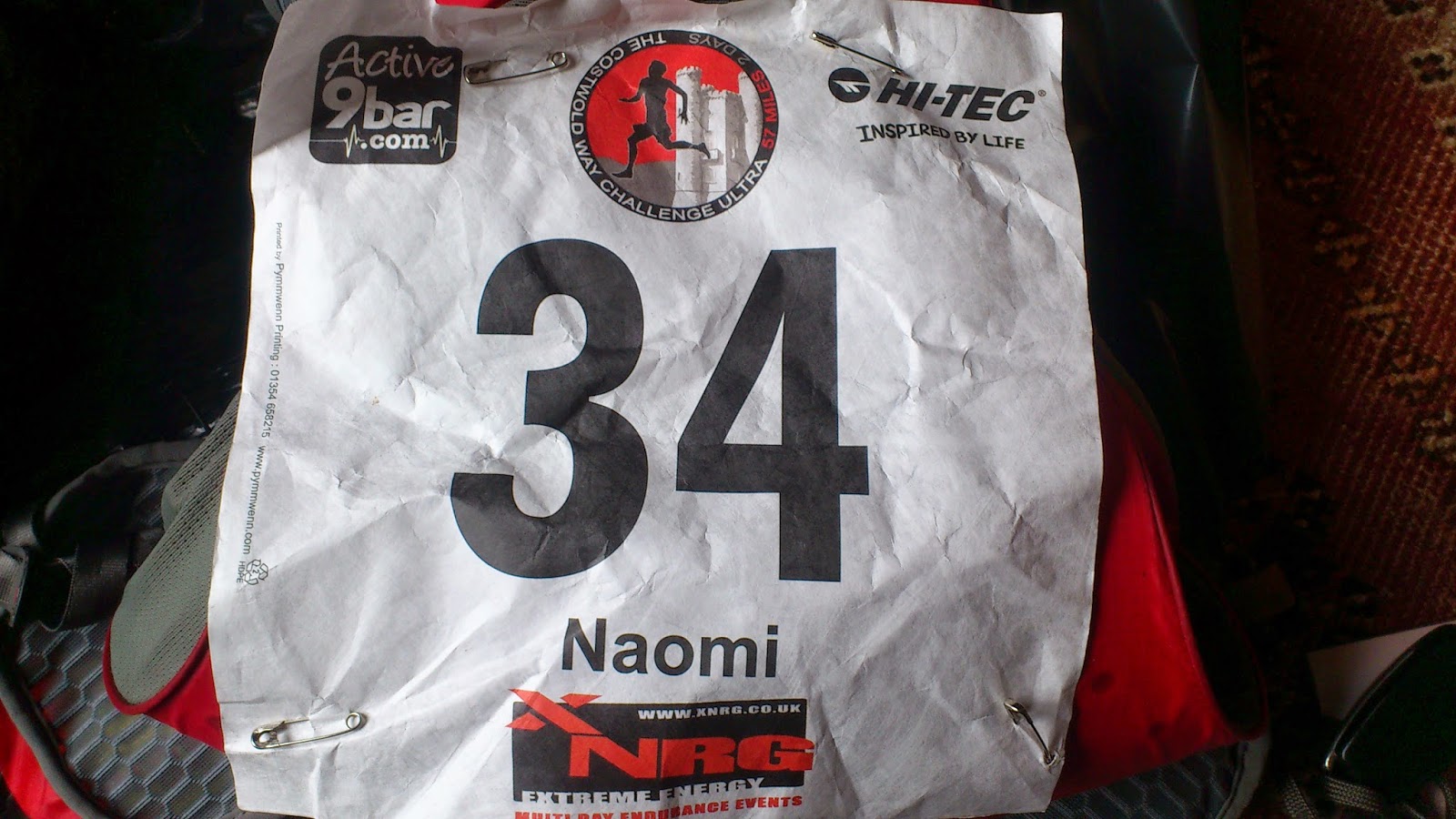 I arrived on time, parked up my car for the night, and registered. After three changes of mind about which jacket, whether to wear the jacket or to carry it, I was eventually ready, and after a briefing from Neil, we set off. We were a small field, and almost inevitably, started running much more quickly than I'd planned as the elite guys and girls rushed off ahead, but soon the field spread out as the hills appeared and we started walking. That's pretty much how the rest of the day went...run a bit, get to a hill, walk up it, run a bit, get to the steep downhill, storm down that, run a bit, get to the next hill, walk up it and repeat....

The hills were, without a doubt, very tough going, especially for someone like me who doesn't really train on hills at all. But I knew what I'd signed up for so just had to dig in and get on with it. There were stunning views from those hilltops, but I wasn't really looking as much as I should have done. Just trying to get the job done. I kept repeating to myself how very glad I was that I hadn't signed up for a hilly 100 miler - the TP100 is going to be hard enough to finish as it is - I don't think I'd make it if there were hills!

I did spend more time enjoying the scenery on the second day, as the majority of the route was on muddy trails through woods, sometimes carpeted with spring flowers, which I think is probably my favourite type of running and despite the moaning and groaning about the hills whenever I had a brief period of running with someone, they didn't seem as bad on day 2, and I definitely enjoyed myself :)

On both days, there were stunning Cotswold stone villages, farms and fields full of animals, and signs of spring all around us to enjoy, with gamboling lambs, snow drops and daffodils. We even came across a farrow of Tamworth piglets running around in a field with some cows. It really was picture perfect and a brilliant route for an event. I can't wait to see some of the photos :)

I only managed to get lost once, and luckily realised pretty soon that the route I'd chosen wasn't right. I'd managed to go down a hill so found myself walking up yet another slope but thankfully I hadn't got all the way to the bottom. I nearly went very wrong a second time, but was running with someone else then, and they set me back on the right path.

I'm pleased with the end result too - although I was very slow for the distance (because of all the walking) the course was as challenging for everyone, and I'm pleased that even by the end of day 2 I was still feeling pretty strong and my aches today aren't too bad. At the end of day 1, I was 22nd out of 43 (6th lady), and after day 2, I finished 12th out of 37 (5th lady). Overall, that left me 14th out of the 33 of those of us who did both days, and 5th lady.

However, in spite of the running and the scenery, the enduring memory of these events is always the people that you meet.  Out on the trails, some groups run together the whole way, but generally (as an accident of my pacing) I don't tend to stay with the same people too long, either pulling ahead or falling behind. It means that I get to chat with different people on the way round which is great. Then, during the Saturday evening, you obviously get a chance to get to know people a bit more - both other runners, and the XNRG crew - it's a really nice, relaxed and friendly atmosphere.

I had been really stressed about work last week, and today, although I'd had plans of firing up the laptop and getting on with a report that needs finishing, I've decided just to enjoy my lazy recovery day, and deal with work tomorrow. The stress has totally gone :D 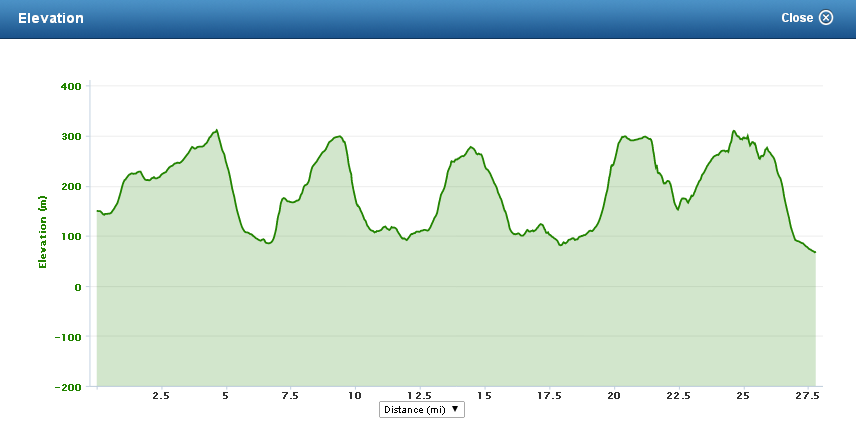 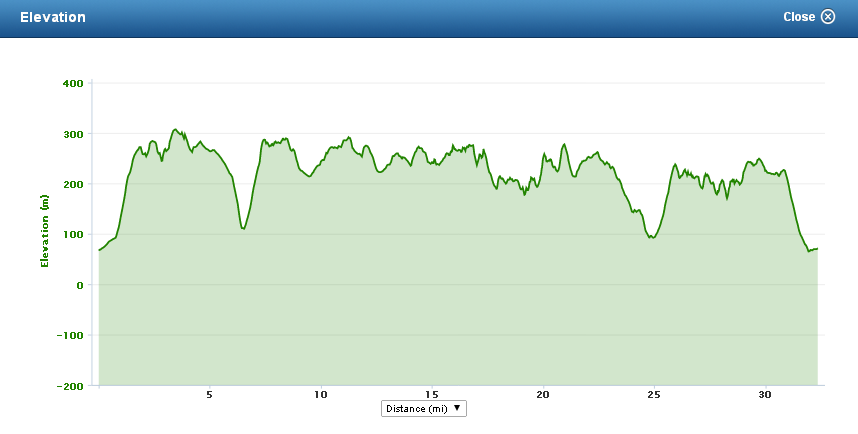