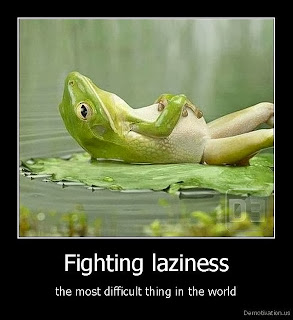 Things have been a bit strange recently – for the last two weeks, I haven’t done any training, at all.

My new job has been really busy, there have been a lot of Christmas parties, I’ve been drinking more than I usually would, preparing for Christmas, eating mince pies, staying warm ‘n’ cosy on the sofa when it’s been cold and miserable outside. You get the idea...my desire to run has just evaporated.

I’ve got Country to Capital coming up on 11th January (45 miles self-navigation from Wendover to London, using just an OS map!) and I'm concerned about being fit for it, and so decided I needed to kick-start my training again, and rediscover my enthusiasm.

I'd signed up for this year's Portsmouth marathon, which was on 22nd December, and although for the last fortnight I was half considering a DNS, I knew all the usual suspects would be there, I’d told everyone I was running it, and as it would be my last marathon of the year (number 21 of 2013) I'd have been disappointed if I didn’t make the effort. So, with just 4 hours sleep after another Christmas party, and after a 2 hour drive from Billericay, yesterday morning in the pouring rain I arrived in Portsmouth, wondering what the hell I was doing but hoping it would all be ok….

I was even more haphazard about getting ready for the run than usual, I think because I was so tired – I forgot to tape my toes or Vaseline anywhere, and so chafing and blisters were the order of the day, and as I rushed around trying to collect my number in time, I also forgot to eat my pre-race banana. But I got to the start line…just…and then we were off.

I’ve not run Portsmouth before and for some reason (entirely my own fault) I thought there was a short section across the beach, and the rest was on the road. I really had no idea that it was more of a 50/50 between path and trail, and so wore my new Kayanos which weren’t the best choice. Not only were they wholly unsuitable for the slippery mud, path-wide puddles, and boggy fields, I’ve been trying to keep them clean and yesterday they got absolutely filthy. 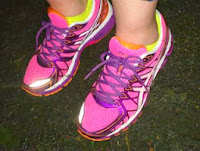 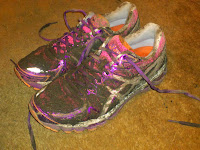 It really does pay to do some research and read a bit about a forthcoming race so you don’t have that sort of surprise on the day...I do love trails but it just wasn't what I was expecting, and it was a strange kind of very urban trail - a path squished between the town or the motorway and the sea!

Some of the route was absolutely stunning though, which made up for my frustrations a bit – after a torrential rain storm at the start line the weather improved, and it was got really sunny and the view across the glittering water was absolutely gorgeous. Some of the aid stations were ridiculously well stocked for Christmas too – mince pies and mulled wine would you believe - and there were lots of runners in Christmas fancy dress which was lovely.  Unfortunately though, it didn’t work for me - I just didn’t really enjoy myself. To be fair though, if I was feeling a bit fitter, and less tired to start off with, maybe I’d have had a better time! We did get a lovely medal at the end too and that’s always a bonus.

So, my overall opinion of the Portsmouth Marathon? I know there are a lot of people who really love this race, but I doubt I'll do it again.


The HQ area was poorly organised, there weren’t enough toilets, and it just felt like there were far too many runners for the course. There were many sections which dictated you ran in single file, which is frustrating when you’re stuck behind a group of slower runners, and there were places where everyone had to walk because it was bottle-necked. I also struggled throughout the whole race to find clear ground to run for any period of time, I just always felt like there was someone very close by, and although that’s fine in a road race when you’re just going in a straight line, when everyone’s trying to find a runnable path, it becomes a real pain!

It was great to see so many friends, both out on the course and at the finish, and I was disappointed not to be able to hang around and stay longer at the end to chat, but I was already tired from my late night, and needed to start the 2 hour drive home before I starting falling asleep.

I’m not sure if the race has helped me rediscover my love of running, but it has reminded me that a marathon is a lot more painful when you’ve not put the training in, and maybe that will be enough to get me out during the week and to log some miles, so I can start to have a bit more fun at the races I’ve got booked for 2014!