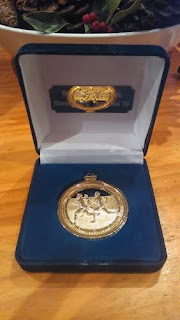 Yesterday, I ran my last race of 2013…the Buntingford Year End 10 Miler, put on by the Royston Runners. It’s a bit tough with a fair few hills, but it’s all on road, was a beautiful day, very well organised and I’m pleased to have got through it without stopping or walking at all. I made a conscious decision not to take my Garmin and just to run on feel, and after the first half, which always feels like a warm up on these shorter races, I know I put in a decent amount of effort and am pretty certain I ran a negative split. It was my slowest attempt at this race though (my 3rd time) and so not particularly pleased with my finish of 1:30:27, but I probably still had the Portsmouth marathon in my legs from last week…and I’ve definitely eaten too many mince pies this Christmas, so I’m not going to let myself be too disappointed. I got a lovely boxed medal for my efforts which always helps too ;)

So thinking about this being my last race of the year makes me look back on the rest of 2013. In January, I’d set a target of running 2,013 miles in the 12 months, but from very early on I realised I just didn't have the commitment to get to that sort of number – I have been frustratingly undisciplined with my training plan, and just haven’t done the mileage I needed to. I've realised that in fact, this year I've run fewer total miles than I did in 2012! I have to make sure that isn’t a pattern that repeats itself – I’m meant to be becoming a better runner, not a lazier one!

However, I've run 25 races this year, including 21 marathons or ultras (more than ever before), which has taken my total marathon number to 38. It seems absolutely ridiculous that I've done that many this year, but it's definitely happened, and I'm going to let myself be proud of that.

The first few months of 2013 were incredible, with Francis and I getting married in April and then heading off on our wonderful honeymoon on the Amalfi Coast, which was where I heard the sickening news about the Boston Marathon bombing. We came back from honeymoon on Saturday night so I could run London the next day which was incredibly emotional. You can see in the photo I've kept the black ribbon I wore during London, pinned to my medal, in memory of those affected by the bombing.

Then there was my completion of the 10in10 in May, achieving my target of finishing every marathon in under 5 hours, and with an average time of 4:39. What a brilliant experience it was, with an incredible group of people, and even seven months later, it still feels like it had a profound effect on me, and Brathay will always hold a very special place in my heart. Here are a few of my favourite photos from the last day of the 10in10: 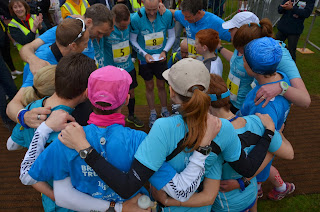 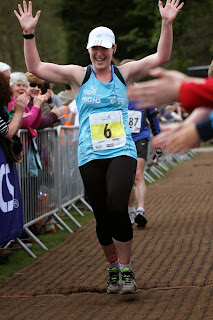 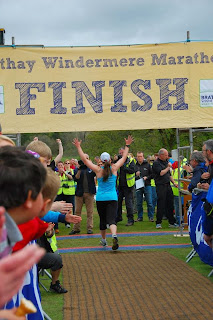 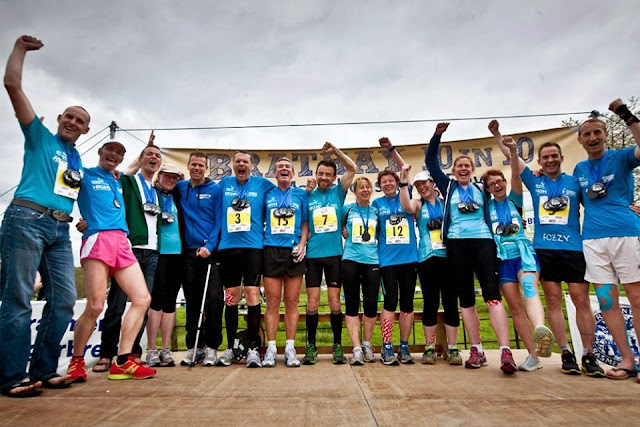 However, as exciting as the 10in10 was, I’ve not beaten any PBs this year, and have been very conscious of my continued loss of pace as the year has progressed. I think this was really caused by having to deal with my first significant injury which resulted in many weeks of not running, and then a subsequent drop in my motivation – doing even less running than I was doing at the beginning of the year has inevitably meant I'm just getting slower!

So, if I have one main goal for next year, it’s to be more dedicated – to actually stick to my schedule and really put in the effort during training - to run faster and not churn out junk miles week after week that don’t really improve my fitness. It will make such a difference to how much I enjoy events, how quickly I recover, and whether I can actually fulfil my other ambitions for 2014:- completing the Thames Path 100 in May, and running my 50th marathon and so achieving my Associate (aka wannabe) membership of the 100 Marathon Club!

In August next year, Francis and I are planning on going backpacking for a few months around South America, and so I have to achieve as much as I can between now and then - realistically my training is going to stop for a few months while we’re away, and when I get back, I imagine it’ll take me the rest of the year to rebuild my marathon fitness. So, for the next 8 months, I’ve got a lot to pack in, and I’ve already organised my race calendar. I’ve booked a half marathon, 4 marathons, a 30 miler,  2x 45 milers, a 100km, a 57 miler over 2 days, a 66 miler over 2 days, a 24 hour event that I’ll be doing as half of a pair and the big one, my A Race, the Thames Path 100!

Now I just need to drop some weight, focus my mind, and do the training I know I need to do, to make completing all of those events achievable!