Yesterday, I had my first ever boot camp experience, put on by Essex Boot Camp. I had been considering driving down to Salisbury and running the 5-4-3-2-1 marathon which I'd entered, but I realised before it was too late that I'm just not ready for racing 26.2 yet and that wouldn't be a sensible thing to do!

So instead, at 9:45am, I ran the mile down to our local park, Lake Meadows, and joined the group of people in Essex Boot Camp t-shirts, who were congregating by the park gates. The instructor, Aaron, ran through with me where I was with my fitness and what my background was - I told him I was a runner but had got injured in May and was just trying to rebuild my fitness. He asked me how I got injured …his face was a picture when I told him it was by running 10 marathons in 10 days ;)

When everyone had arrived, Aaron, walked us out to the field. There were about 15 of us - a mixture of guys and girls, and all shapes and sizes - and pretty immediately, without much introduction, we were suddenly in the middle of the hardest workout I’ve ever done.

There was running, press-ups, sit ups, planks, squats, more press ups, burpees, sprinting, lunges, more of everything….running around carrying stretchers with one of the team laying on it, more press ups, running, stretching, all continuous and under time pressure.  We were only able to stop for drinks and a rest twice in the hour, and only very briefly.

The time went quickly, and in a bit of a blur, and by the end, I was a bit disappointed it was all over, but there’s no way I could have carried on at that intensity for much longer!

I ran home afterwards, and my legs were ok, but my arms were absolutely dead. I was really tired too and spent much of the rest of the day either asleep or moaning about how much I ached! This morning, I woke up in near-agony…well, that’s a bit of an exaggeration but my arms, my abs, obliques,and my glutes are all exhausted and killing me. After just one hour of exercise! Although my legs feel ok, it’s a real wake-up call as to just how much fitness I’ve lost, and how weak my upper body is.

It’s definitely something I’m going to continue – I'm going to try to make the 6am session on Thursday morning – if I’m serious about this 100 miler next year, I absolutely have to be stronger than I am now, and just getting back to running isn’t going to be enough to achieve that. I need resistance work, and intensity, and that’s just what the boot camp achieves!
at 08:30 1 comment:

I can still run a marathon

I've been slowly trying to come back from the ankle injury I picked up at the 10in10, but got totally impatient, and decided I was losing sight of myself as a marathon runner as the furthest I've run in months is 12 miles. So, this weekend, I decided I was going to have a go at a marathon - not at a race, but just go out for the afternoon and see how I got on. I also bought myself a new UltrAspire Revolution vest as a birthday present to myself and needed an opportunity to properly try it out! 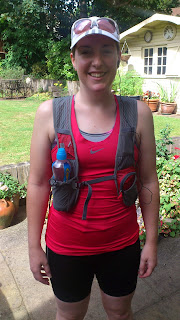 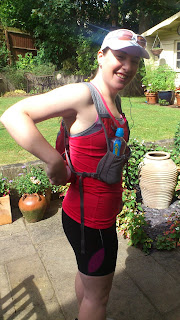 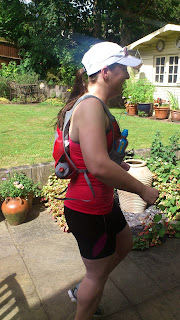 So, I ran up to Stock, a local village about 4 miles away, and then, using a mixture of following the sign posts and the route description I printed off from the Challenge Running website, I followed the St Peter's Way path for my run.

It was beautiful today, but because of the time of year, it was incredibly different to last time I ran this route when I did the St Peter's Way ultra in February - rather than running over empty ploughed fields I was running through fields of corn, and the obvious pathways had become overgrown by grasses which in some places were thigh high and I had to fight my way through! 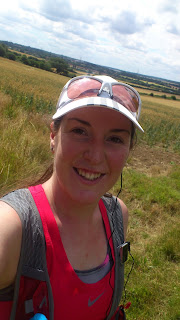 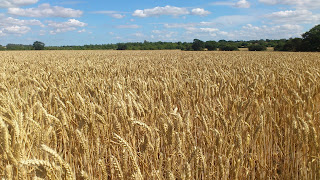 I was pretty pleased with how I wsa getting on, although when I suddenly realised I must have dropped my route description, was a bit worried! I ended up getting lost quite a few times, but I had a map of the route too, and using that and my mobile GPS to confirm where I actually way, I managed to find my way back to the right path.

I'd been having gels as I was going, but stopped at 14 miles and had a bit of lunch, before heading back, hoping that the return journey would involve fewer "getting lost" detours!

It turned out the return journey was harder than expected, as although my legs and body felt alright, I just got really tired and found myself walking quite a lot. It was pretty warm out there, and I found myself drinking quite a bit too - I ran out of water so ended up refilling from an outside tap. My ankle started to play up a bit too, from about 20 miles, and it's pretty sore now I'm home so I've been icing, but fingers crossed it'll be ok.

I loved being out there though, despite it being hard work. Just to know that I was actually still able to run that sort of distance was a boost even though I was terribly slow and had to walk so much.  I'm really tired now too - much more than normal, but I suppose it's inevitable that it's going to take me a while to get back to proper marathon fitness. I think this is a pretty good start though.

Here are a few other photos from my day out :) 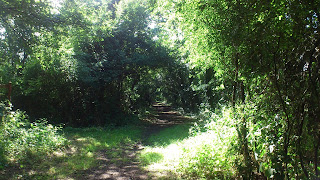 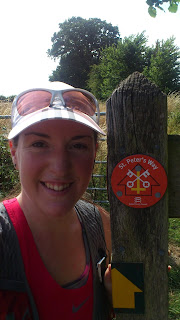 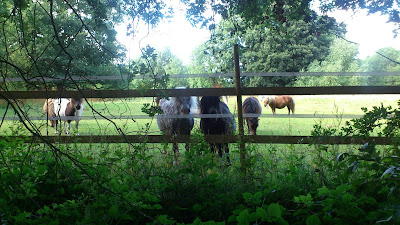 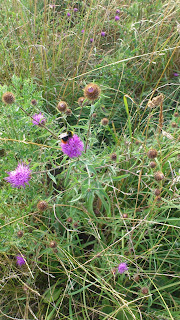 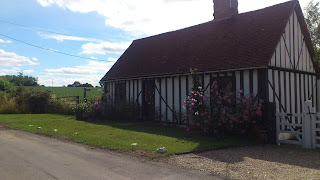 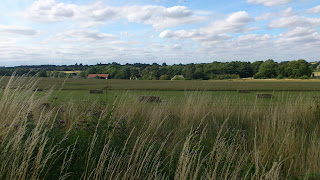 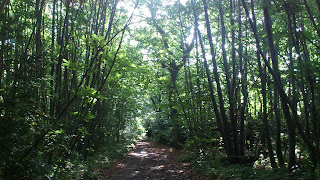