Me, David Weir, some food & football

This week I've had a couple of pretty unusual but awesome days. On Tuesday, it was Franc's birthday, and after work we went to the Rhodes 24 restaurant at Tower 42, which was a real experience. We had a lovely time, with amazing views across London at night with all the twinkling lights and fantastic service! He had lots of presents and loads of cards from friends and family, and I think he really enjoyed his birthday.

On Wednesday, though, I easily topped Tuesday, with the most brilliant day. One I'll remember for ever.

CNN run a programme in the US called Fit Nation, to help people get involved in sporting events they would never have considered they would be capable of. CNN is part of Time Warner, who decided they wanted to launch the same programme in the UK for Time Warner staff, where people would be encouraged to make a life change, and to start getting fit, by signing up for a running, walking or triathlon event with the Fit Nation team who would provide the same education, support and training programmes as they do in the US.

Wednesday was their launch day, and there was an event held in a hotel in London, attended by Time Warner staff. The event was led by Dr. Sanjay Gupta who is CNN's chief medical correspondent and a neuro-surgeon, who talked to the audience about the Fit Nation programme, and then hosted a panel of guests who were there to inspire the audience.

So, who were the guests on the panel? A sorts psychologist whose name I can't remember, CNN correspondent Nic Robertson, the amazing Paralympic wheelchair racing champion, David Weir CBE and....me!! 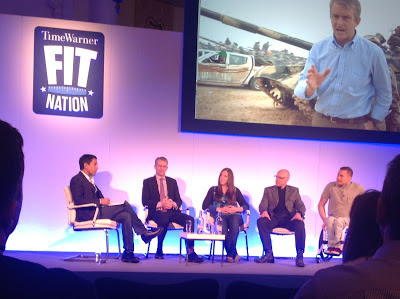 Couldn't believe they'd asked me to be on a panel with David Weir, but the 10in10 and all my marathon running was enough of a story to make them want me to be there and I'm absolutely honoured to have been involved. I was terribly nervous beforehand, but once we got going on the panel, I really enjoyed it, and meeting David Weir was incredible! They showed a clip of him winning the 800m race which was spectacular and he also brought his gold medals from the 2012 Paralympics. It was fantastic to actually touch one, they're beautiful! :)

After the launch event was over, someone asked to take a picture of me and David together, which was surreal to say the least, and that's the photo below - I asked her to send it onto me! 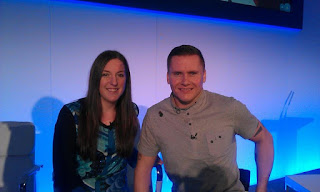 I'm still waiting for the official photos to come through, pleased to have these ones as a memory for the time being. It really was a fantastic experience.

To top off the day, that afternoon I was taken out for lunch by a contractor of ours, to Sushi Samba restaurant in Heron Tower - it's on floor 38 and again, amazing views across London and absolutely delicious food! As if that wasn't enough though, that evening, Francis and I went to Wembley to see the England v Brazil football game!!

It really was a ridiculously awesome day, even without any running! ;) 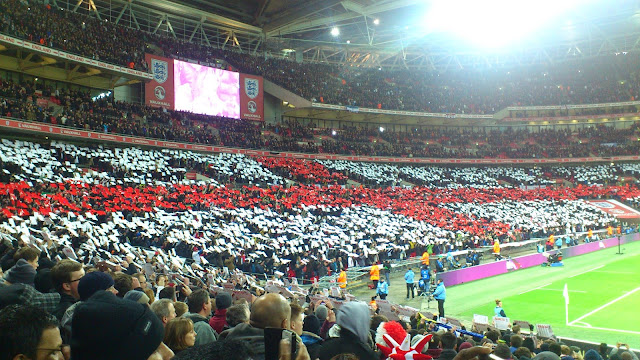