So, after having a very bad time on my last attempt at going for a run, Francis and I went for a cycle ride today on our road bikes, and I had my first experience of riding with cleat pedals.  We had a great time, and my nerves about using my cleats evaporated pretty quickly  - I didn't fall off, and feel pretty confident using them now which is fantastic.  We cycled around some very pretty Essex countryside and across to Mersea island where we had fish and chips by the seaside which was lovely and the smell of the sea really hits you as you get to the island, and it always makes me feel like I'm on holiday! 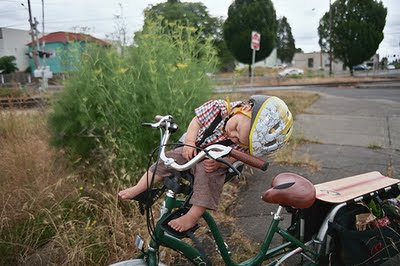 It was a pretty hard cycle for me though, and although we only did 40 miles, I found it much, much harder going than when we cycled 50 miles on Monday.  Nothing was hurting, but I just didn't feel like I had enough energy, and every hill climb found me fighting for breathe...at one stage I felt so drained and tired I could have quite happily curled up in the corner of a field and gone to sleep.  Francis had to keep stopping so I could catch up with him (more than usual!) but he did manage to keep me going, and made sure I actually had a really enjoyable afternoon, despite the lethargy!

I'm wondering whether this inexplicable tiredness, and also not having been able to run, is associated with my blood donation on Thursday. I really don't know, but maybe I didn't rest quite enough this week, maybe I'm suffering a little anaemia as a result.  I did read somewhere on the internet that after donating, due to the time it takes the body to regenerate the red cells that it has lost, for a period of time as there are fewer red blood cells than there should be, there is a reduced ability to transport oxygen around the body and to the muscles, which can make exercise feel like you're training at altitude, where the availability of oxygen in the air is lower.  Now, I'm no doctor, but it would explain why I found the cycle so much harder than I'd expected.
Oh well, who knows, maybe I just didn't sleep well.  Will try another run tomorrow & hopefully I'll be back to normal!
at 21:10