Change of plan, change of marathon

Getting to the Shakespeare Marathon in Stratford-upon-Avon next Sunday was always going to be a bit of a challenge.  It'd mean driving over to my mum's house on Saturday night, which is half way across the country from where I live, staying there, and then driving up to Stratford in the morning, which I'm not sure would really have been the best preparation for the 26.2. 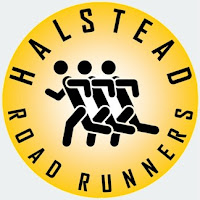 After thinking about it, considering the options, worrying about it, and thinking it through again, I decided today that to be honest I could do without the hassle so started to look to see if there were any closer marathons around the same time.  Luckily for me, I've been able to get a place in the Halstead and Essex marathon instead, after the Halstead Road Runners who organise the race increased their entry limit to 850 runners.  It's on the same day as the Shakespeare, (relatively) local to me, and although it seems to be a pretty hilly course, it's a much smaller event than the Shakespeare, and I think it will work out much better for me, especially as a contrast to the crowds and challenge of running with the masses at London.
So, I've got a spare place going for the Shakespeare if anyone's interested, and am thoroughly looking forward to running the Halstead, if not a bit nervous about all the hills I keep reading about, and about being at the back of such a small field!
at 13:42