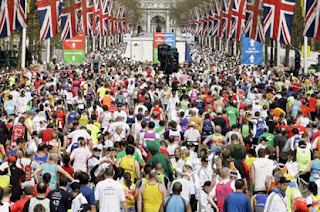 One of the biggest marathons in the world - and my third time there.  I did finish on my other two attempts, and have the medals to prove it - I'm very proud to have achieved that, but with times of 5:00:12 and 5:41:46, I don't count either run as a particular success.  The first time, I wanted to finish - that was it, just get around the course, which I did and I had an absolute blast, but it doesn't take a lot of guts to just keep plodding round as slowly as you need to, to cross the line.  The second time, I wanted to improve on the first but obviously I didn't achieve that, really as a result of barely putting in any training, and being woefully unprepared for the enormous effort involved in running 26.2miles - the whole thing was a painful car crash of a run - an horrific experience that I am still trying to forget!  This time I'm determined it will be different.
Although I haven't trained nearly as much as I had planned to, because, truth be told, I'm just pretty damn lazy sometimes, I have trained more than for either of my previous marathons, I've run many more races than I've ever done before, and I feel more confident about completing the distance, and doing well.  Although, when I say "doing well" that's relative - for me, doing well in my third marathon will mean getting round in under 4hrs 30mins.  That is my plan.  It's going to be tough but that's what I'm aiming for, what I'm ready for and it's what I'm determined to do. 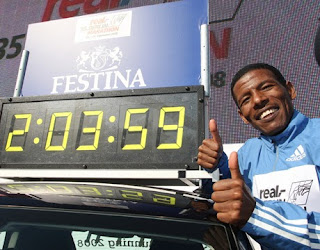 I know though that there are some in the running community who would think why bother with aiming for completing it in 4hrs 30mins?


"...surely you should be aiming for at least under 4hrs to make it a worthwhile achievement...if you're really a runner..."
For many people, I'm sure that achieving a run of under 4hrs or faster is the only thing that motivates then and makes then feel like a proper runner, and then I know that for some people it's even under 3hrs...or for those select few it's whether they can make it under 2hrs 05mins that makes finishing the marathon an achievement for them.  But for me, obviously, it's very different. 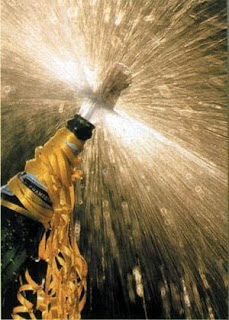 Completing the marathon the first time around, regardless of my time, made me a bone fide runner in my opinion and showed me I was a stronger, more committed and determined person than I had ever realised, and going faster doesn't change that knowledge that I will always have about myself.  But achieving this target of running in under 4hrs 30mins means that I've achieved something extra - it's a step up for me, and it doesn't matter that my target is lower than many other people's.  Sub 4hrs 30mins it's what I've had in my mind for all these months of training, and whereas in my last two marathons I really just needed to finish, this time, I want to fulfil this specific goal, for which I will have to work really hard throughout the run.  I'll have to keep on going, I can't walk when I get tired, I can't pull over to stretch when I fancy it, and I'm going to have to keep pushing myself like never before, and win the psychological battle that I know I will undergo.  If I manage all of these things, the 17th April 2011 will see me complete one of my biggest achievements.
at 07:45